This post contains affiliate links which help support One Simple Party. As always, we only recommend things that we truly love. Full disclosure here.

One of my favorite discoveries when we go on a walk in the woods is finding a toadstool.  Now, I am not talking about any old toadstool.  My favorites are the beautifully tall toadstools with perfectly arched domes.  It’s easy to imagine little fairies living inside and flitting about.  You can almost hear their fairy chatter.

It’s these woodland toadstools that were inspiration for these toadstool cupcakes.  They were one of the favorite treats at our recent woodland fairy tea party.

The best part about cupcakes is their individual morsels of goodness.  When baked correctly, cupcakes can be moist, decadent and the perfect size.  Not too much and not too little.  Although little guests may think otherwise when shouting a chorus of “Can I have another?.

When thinking about making toadstool cupcakes, the first thing I wanted was a chocolate base.  Most toadstools that I’ve seen in the woods are covered in dirt.  The chocolate cake reminded me of the forest floor.

The next thought was how it would be to actually bite into one of these toadstools.  Having never bitten into a true toadstool (not a mushroom from the store, but a true toadstool growing in the woods) before, there was little to reference except my imagination.  But, I did think that the center would be gooey.  Not sure why.  But there definitely needed to be some texture as a surprise.

So, I filled these toadstool cupcakes with a chocolate mousse filling.  The squeals of glee when guests bit in were enough to melt this baker’s heart.

The top of the cupcake was decorate with “fairy red” frosting.  Although you could use a buttercream frosting, I didn’t want a towering mound of icing on top of my toadstool cupcakes.  I wanted to use a frosting that I could easily spread on so the cupcakes had a smooth finish just like a real toadstool.

So, I used my favorite cream cheese frosting.  I spread some on top of the cupcake with an icing spatula (affiliate).  The frosting was dyed a “fairy red” (a little paler than a traditional red).

And a note about red soft gel food coloring.  Red is a funny food color.  When we use it for the icing on our Christmas cookies, the red can turn out a bit pinker than desired.  Also, to get the icing a deep red you need to use a lot of it.  And a lot of food coloring tends to add a bitter taste to the icing and isn’t overly pleasant to eat.

For these toadstool cupcakes, I ran out of red food coloring before I got them the super red that I desired.  Instead, I settled for more of a “fairy red” as the kids called it.  It’s definitely not as bold of a red as I imagine a toadstool would be.  If I made them again, I would make sure that I had enough of the red food gel color on hand to get a deeper and bolder red color.

When choosing the best food coloring, I usually opt for Americolor varieties.  I have tried Wilton and have been disappointed in the vibrancy of the colors.  Also the Wilton food gels come in these little jars that make it really hard to control how much you add to your icing.

The Americolor food colorings give bolder colors while using less of the dye.  The color disperses throughout the icing quickly, so you don’t use as much.  This is important when making red icing.  By using less coloring, you have less of a chance of making bitter icing.

So, lesson learned.  If you want a deeper red color on your toadstool cupcakes then make sure you have enough of the right food coloring on hand.

To make the dots on top of the toadstool, I used white chocolate melts.  As the finishing touch, I added fairy cupcake toppers so the little fairies looked like they were fluttering by.

These are such a whimsical addition to a woodland fairy tea party.  You can also enjoy them at a camping party, garden celebration or to end an adventurous day of hiking in the woods.

Favorite Chocolate Cupcakes (Secret: I used a box mix and the cake turned out great)

Chocolate Mousse Filling (This was the easiest recipe that I found)

Red Soft Gel Paste Food Coloring (affiliate) (I have been falling in love with Americolor for my food gel – mainly because the color is vibrant and it’s a squeeze bottle, which gets less of the color on my hands.  And colorful hands is never good before hosting a party!)

1. Bake your favorite chocolate cupcakes.  If you want to get a more toadstool shape, fill your cupcake liners a little more than three quarters of the way with batter.  By filling the liners more, the cupcakes had a more dome like shape once baked.  Let cool.

2.  Make the chocolate mousse filling.  Let set in the refrigerator until ready to use.

3.  Time to fill your cupcakes.  Fill a piping bag with the chocolate mousse.  This will help get more of the mousse inside the cupcake without making a huge mess.

Using an apple corer, push it down into the center of the cupcake.  Pull it back up, removing some of the cake.

Pipe the chocolate mousse into the center of the cupcake until filled.  Place the circle of removed cake on top to cover.  Add the filling to all of your cupcakes.

4.  Make the cream cheese frosting.  Add the red soft gel paste food coloring to get your desired shade of red.  Depending on the theme of your party or event, you could make your toadstool cupcakes a deep red or more of a “fairy red”.

5.  Frost your cupcakes with the cream cheese frosting.  Spread smoothly on top for a toadstool look.

6.  Add three chocolate melts to the top of the toadstool.  Press into the frosting upside down so they look like polka dots.

I made these toadstool cupcakes for our woodland fairy tea party.  In my imagination, fairies fluttered to the cupcakes and landed on top.  So, I topped the cupcakes with these beautiful vintage fairy cupcake toppers (affiliate).  It gave the look that fairies actually lived among the toadstool cupcakes.  And you know what?  I think they did. 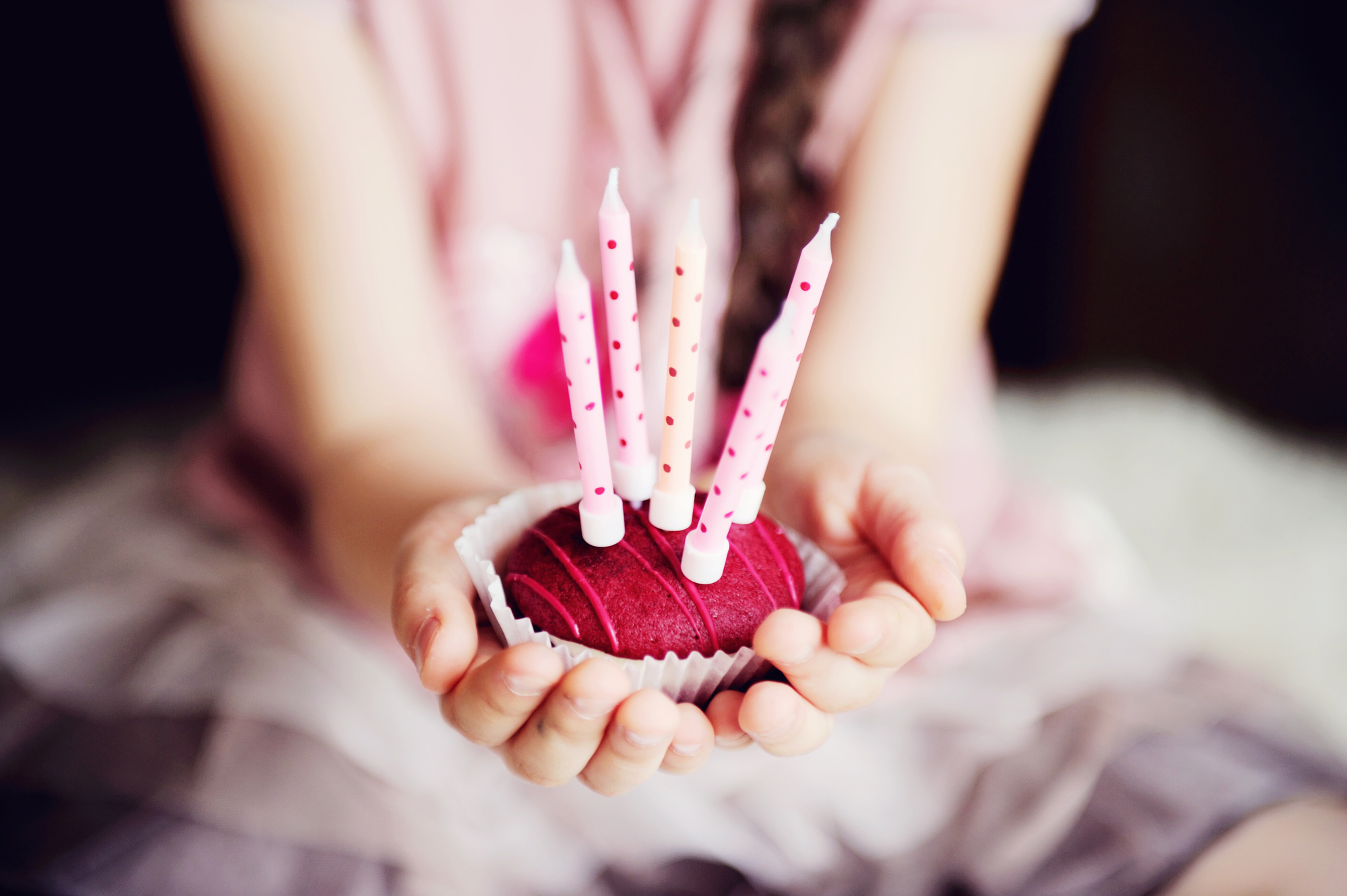